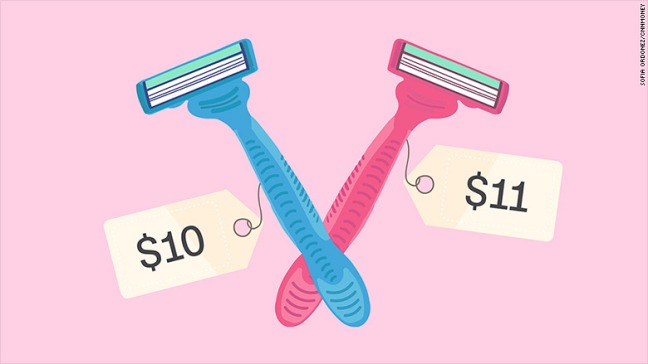 When I was 17 or so, my parents moved from the South side of Hillsboro to the North side off of Jackson School Road.  It was there I became good friends with their next door neighbor, Jim Wilson.  Jim worked as a salesman for Dicks Country Dodge.  Always a smile on his face, Jim was a joy to have for a neighbor.  He would often wear the hat of the wise neighbor on Tim Allen’s sitcom, “Home Improvement” when he worked outside.  Jim did this just so I could say, “Hey Wilson!” when I would see him over the fence.

One day Jim and I got to talking about sales and life in general.  I must have been in my early 20’s at this time.  He made one statement that I still recall to this day.  He said, “Brian, a good sale is when both the buyer and the seller are satisfied.”  Jim went on to explain to me a little about the free market system.  How no one is forced to buy or sell anything, but how we come to an agreement when both parties find value.  Meaning, they both believe what they are receiving is equal or better than what they are giving.

That advice Jim gave me, while profound, happens billions of times a day in Free Market economies around the world including the United States.  With the exception of ObamaCare and possibly public utilities, we as consumers get to choose what we purchase and how we spend the fruits of our labor.   We look at various products and get to compare value.  And value is a very subjective thing.  A place like Nordstrom charges more for their products than a retailer like Target, but in both cases, consumers find value in the products they purchase.  The free market finds its pricing with no government involvement.  If people like a product, they will buy it as long as it has value to them.  If people do not find value, they stop purchasing it and the manufacturer or retailer will either lower the price or stop selling it.

So that brings me to the current legislative effort in Congress called “Repealing the Pink Tax.”  The Pink Tax is the name given for the false belief that products are marketed towards women with a higher sale price than the comparable male or gender neutral products.  My Democratic challenger for Oregon’s 1st District, Suzanne Bonamici is one who believes in this false ideology.  In fact, she posted on her facebook page,  “I’ve put my support behind legislation that will put an end to gender-based discriminatory pricing.”  What she and many Democrats fail to realize is that in a free market, the consumer is king (or queen in this case) and they dictate pricing.

You see, the freedom to have the market provide products and to price them as it chooses, and the freedom for us to choose to buy them (or not) are important freedoms.  Government should not be involved in regulating prices as Suzanne Bonomici is advocating .  It is a slippery slope that will only lead to less choices and less value and even more government control.  Now you might be saying, “But this is discrimination!”  But is it?  Manufacturers are making special products to cater to the needs and wants of women.  I don’t think that is discrimination.  Quite the opposite.  The demand by women for these specialty products has made the retailers take notice.  And because of that, they make thousands of products specifically designed for women.  Now are the prices higher than non specialized products?  Sometimes, probably yes.  The cost to produce those specialty goods may be higher or it is possibly because the audience they are marketing to is willing to pay a premium price for their needs being met.  Now you might be saying, “Yes, but if we pass this Pink Tax law, then I can buy products for less!”  Well, not really.   Like most laws, it has unintended consequences.   Suppose a retailer normally sells a pair of men’s Levis at $40 while they sell a pair of women’s at $60.  How is the government able to validate price differences?  Is it sexism?  Perhaps there is more cost in the design of women’s jeans.  Perhaps its an issue of volume of sales or variety of styles available.  But the retailer has the real fear of legal action by the government for price differences.  This so called Pink Tax Repeal would allow for legal action against a retailer who sells men’s and women’s products at different prices.  It makes much more sense for the business to raise the price of men’s jeans to be “fair” rather then lower the price of women’s.   After all, the government wants things to be “fair.”  Or perhaps the retailer will just reduce the number of products they sell that cater to women.  That way there is nothing that could be perceived as unfair.   Ultimately, government policy would not only promote higher prices, but limit our choices as well.

Suzanne Bonamici wants you to believe that there is a Pink Tax and she is going to be your champion in Congress to destroy it.  But the reality is that just isn’t true.  There is no Pink Tax.  Just like there is no Boogeyman.  Prices are established by what someone is willing to sell something for and by what someone is willing to pay for it.  Perhaps women are just willing to pay $20 more for a nice pair of jeans than a man.  Maybe that pink razor is worth an extra dollar, so her husband doesn’t use it while he is in the shower.  You see, what Jim Wilson told me almost two decades ago still holds true.  “A good sale is when both the buyer and the seller are satisfied.”  No one is forced to buy.  No one is coerced to sell.  Both parties consent of their own free will and the government does not need to be a participant.  We only need to be free to choose (or not choose), and the market will continue to provide the products and services we want at the prices we are willing to pay.

My name is Brian Heinrich and I am running for US Congress in Oregon’s 1st District.