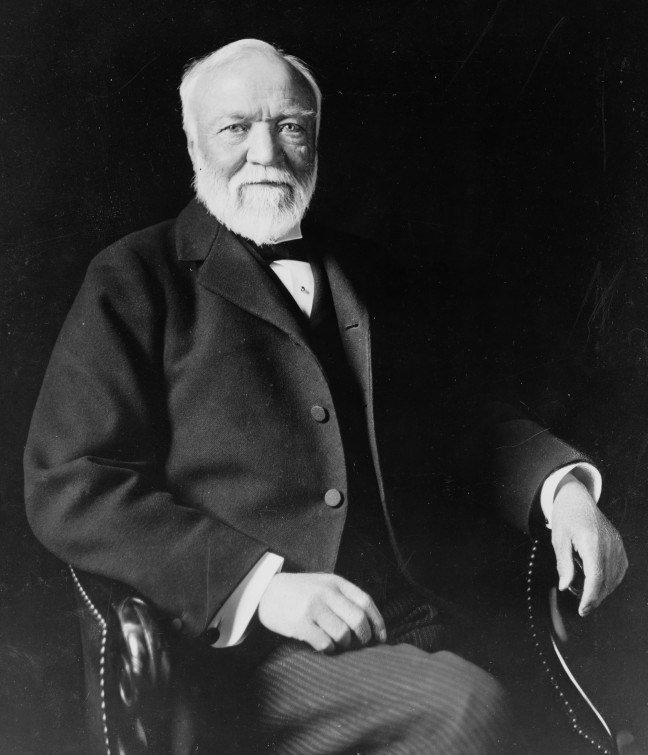 So when I was a junior in High School, my US History teacher told one of the best stories I ever heard about the rich. Well, about one rich man in particular, Andrew Carnegie. If you don’t remember, he was an American Industrialist who led the US Steel Industry in the latter part of the 19th century. He challenged Rockefeller as the richest man in the world. Carnegie spent the first half of his life earning his wealth, and then spent the latter half giving it away. According to my teacher, Carnegie pledged publicly to distribute his wealth back to the people. So one day, a man walked into Carnegie’s office and demanded to speak with him. Mr Carnegie told his secretary to let him in. So the man confronted Andrew and said, “I want my share of your wealth!” Andrew said, OK. He asked his secretary what his current net worth was, did some quick math on the number of US citizens, and gave the guy one dollar and thirty seven cents and told him to get out of his office. I love this story, because it has much a larger meaning. Andrew Carnegie made a lot of money in his life. His story is not perfect. No ones is. But Andrew Carnegie did some amazing things with his money. He built 3000 libraries across the US. (One in my hometown of Hillsboro, OR.) He funded pensions for his former employees. He built 7000 organs for various churches. He built and operated Carnegie Hall to support the arts. He donated millions to education including the Tuskegee Institute for African American education. Through his businesses, he helped build America. Through his charitable giving, he improved education, access to the arts, and ultimately the lives of millions of Americans. Now if he would have given everyone a $1.37 and did nothing else, just imagine how much poorer this nation would be today.