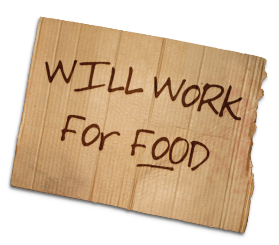 The Oregon Legislature just passed a minimum wage hike. These poor legislators have no idea that the law they passed will hurt the poorest and least educated among us. It is discriminatory. In fact, that is why a “Minimum Wage” was created in the first place.
One of the first minimum wage laws created was up in B.C, Canada. White loggers were being undercut by lower priced Japanese immigrant laborers. While these immigrants were not as skilled as their white counterparts, they made up for that by selling their labor at a lower price. This did not sit well with the traditional white loggers, as they were losing business. So they pressured the British Columbia government to mandate a “minimum wage” which all loggers would be paid. Well, since the white men could produce more per hour than these new immigrants, they were given the jobs forcing the Japanese loggers out of business. Government promoted racism at its finest.
Nice, huh? Destroy competition by not allowing people to work at a price they are willing to work for. This was done in Australia against the Chinese immigrants. It was also done in South Africa to keep blacks out of white dominated industries. I would call that Un-American. Except we did it too. The US joined the racist minimum wage program by legislating a minimum wage in the North to deter blacks from migrating from the South to escape the Democrat created Jim Crow Laws. You see, if people can’t get a job because their skill does not justify the wage, they will never be able to get a job. Never allowing them to improve their skills. And thus never allowing them to get a better job. By preventing people from entering the work force, you are not improving their lives, your are ruining them. In recent history, the minimum wages laws have been harshest on immigrants and the poor due to a lack of education. With limited skills, or cultural and language differences, it takes time for people to be trained and thus improve their worth. If the value of labor starts too high, they will never find employment.
Now Oregon’s legislature just passed a minimum wage hike. Now I don’t think our state legislators are racist. I don’t think they favor any particular group, or dislike any for that matter. I think they truly believe they are helping people. But like many liberals, they just believe so much that isn’t true. There is a difference between “Feel Good” economics and “Do Good” economics. Feel Good economics makes the person who supports an idea feel good about themselves even though the policy does not help and often hurts the persons it was intended to benefit. The intent is good, but the outcome is poor. Do Good economics are the ideas that have long been proven to benefit peoples lives even though they don’t put that warm fuzzy feeling in your heart right away. Not until you see that same person moving up the economic ladder providing a better life for themselves and their family do you realize you truly made a difference. My name is Brian Heinrich and I want to make a difference. That is why I am running for US Congress. Please be a fan of my facebook page and share my thoughts and ideas with others.