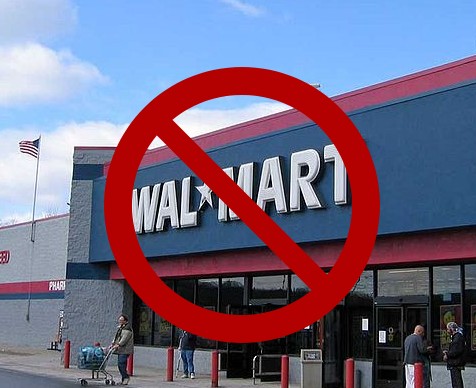 I am pro choice. I love to choose. I get to choose things every day. What am I going to wear. What I am going to eat. Where I want to shop. Or perhaps what movie I am going to see Friday night. So why are so many of our Democratic leaders against choice? I mean, they mail out post cards when they are running for office saying how they are “Pro Choice” and promise not to let anyone take that right away. But then when they are in office, they spend their time removing our choices.
Have you ever been to Corvallis? Their city council claims to be pro choice. At least I am sure most of them do. But they really aren’t. Have you ever shopped in that lovely little town? Ever notice there is not a full sized Wal-Mart in Corvallis? Strange isn’t it. A Wal-Mart in a college town would go a long way in stretching college kids money. Especially when that money is borrowed on student loans. But you see, the City Council passed an ordinance that prevented a retail outlet the size of Wal-Mart from being built. In fact they passed it to keep Wal-Mart out. When Home Depot wanted to come to Corvallis, the ordinance kept them out too. But Home Depot asked for a waiver since they sold commercially. Not really, but when you are looking for an excuse, any excuse will do. So the City Council agreed to an exemption and Home Depot became a reality.
Now you might be saying, “But Brian, there is a Wal-Mart grocery store in Corvallis.” Yes, there is. It is a smaller foot print and Wal-Mart was able to get around the rule. And guess where the students shop? Wal-Mart Grocery! Of course the students have to bring their own shopping bags though. Because the city council removed that choice as well. You no longer get to choose paper or plastic for free. You get to buy your reusable bag that will last longer in a landfill than the paper one that is banned. Again, the government limiting our choices to save us from…..ourselves.
And that is not where it ends in Democrats limiting choice. Fast food restaurants have long offered free refills because it is less labor cost than paying an employee to fill a soda cup. (Imagine what they will have to do at $15 an hour.) Free refills is a great perk for dining at an American Fast Food eatery now a days. But Michael Bloomberg, former Democratic mayor of New York, pushed the state health board to ban sales of anything larger than a 16 ounce soda beverage and no free refills! Thank goodness the New York State Court of Appeals said they did not have the authority to impose such a ban. I mean really…..it wasn’t like New Yorkers were out selling babies parts at the local McDonalds. They just needed a large enough Coke to wash down that tasty Big Mac. New Yorkers leave the baby part selling for Planned Parenthood. But I digress.
Taking away choice is what many Democrats live for. They limit our choices on healthcare. They refuse to allow choice on schools. They restrict our choice on medications and pharmaceuticals. They have restricted our choices on union membership, toilets, light bulbs, vehicles, refrigerators, talk radio, news, guns and anything else that they don’t like. These same restrictions are also what contributes to Crony Capitalism. People and corporations who earn their wealth not through the free market, but by means of government manipulation. But that is a talk for another time. In the mean time, my name is Brian Heinrich, and I am running for US Congress.