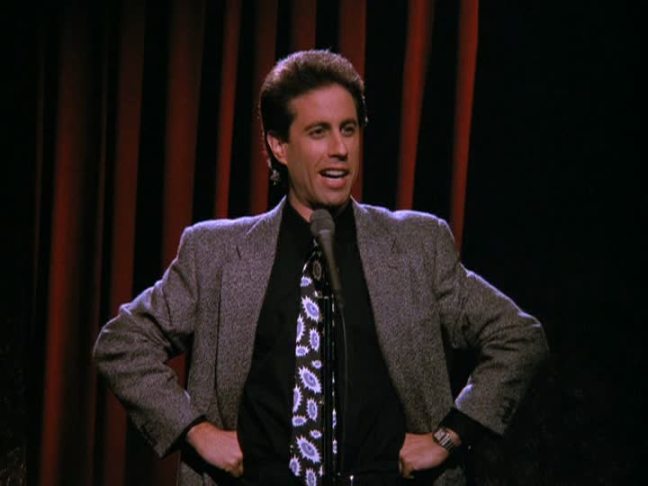 “Do you Ever Wonder Why….?”  That was always Jerry Seinfeld’s shtick when doing his comedy.  I miss Seinfeld.  One of the best shows ever.  But this story is a little deeper than Man Hands or Junior Mints.  It is about the abortion debate.  So I recently received an email from a gentleman from Right to Life of Oregon.  He wanted to know my stance on the abortion issue and potentially endorse and support me.  (Again, I do not want anyone’s financial support. Money should not be wasted on campaigns.) I stated I am Pro-Life, but I must not have said the right words in my email as he never responded back.  My email was well written and not rude or off color.  In fact, I believe what he supports.  Boy people are funny, aren’t they?.  But before you judge me on my opinion on abortion, let me go deeper into this issue as I did with him.  Roe vs. Wade was decided by the Supreme Court back in 1973.  There is a generation of people who have never known a time when abortion was not legal.  Taking rights away from people is a difficult thing whether or not you find them moral.  Look at the issue of gun control.  But here is what baffles me.  The decision on abortion was decided by the Supreme Court.  The only group who can change that law is…..the Supreme Court.  The Justices are appointed by the President for life.  So the President is the only one who can stack the deck for or against this issue.  And he/she can only do so when a Justice decides to retire or dies.  The Senate has to approve the appointment, but rarely do they not.  So the question must be asked….Why does Right to Life even want to waste money on my campaign?  I am running for the House of Representatives.  I have nothing to do with anything.   The same question needs to be asked to Pro-Choice groups.  Why do they make abortion an issue in every campaign?  And an even better question is why waste money on elections at all?  If you truly are Pro-Life, isn’t the idea of avoiding an unwanted pregnancy the most important thing?  If you are Pro-Choice, isn’t the idea of avoiding an unwanted pregnancy the most important thing?  They both want the same thing!  What the heck is wrong with these people?  Why don’t they work together to solve the problem!  Educate the people.  Change their hearts and minds.  Get people to make better choices.  Don’t take people’s hard earned money who are kind enough to donate it to your cause just to waste it on efforts that do not help with your overall mission.  Maybe for these activists it is more about the power than the cause?  Just a thought.  So if you are Pro-Life or Pro-Choice…..maybe you need do a Jerry Seinfeld and ask yourself, “Do you ever wonder why???”